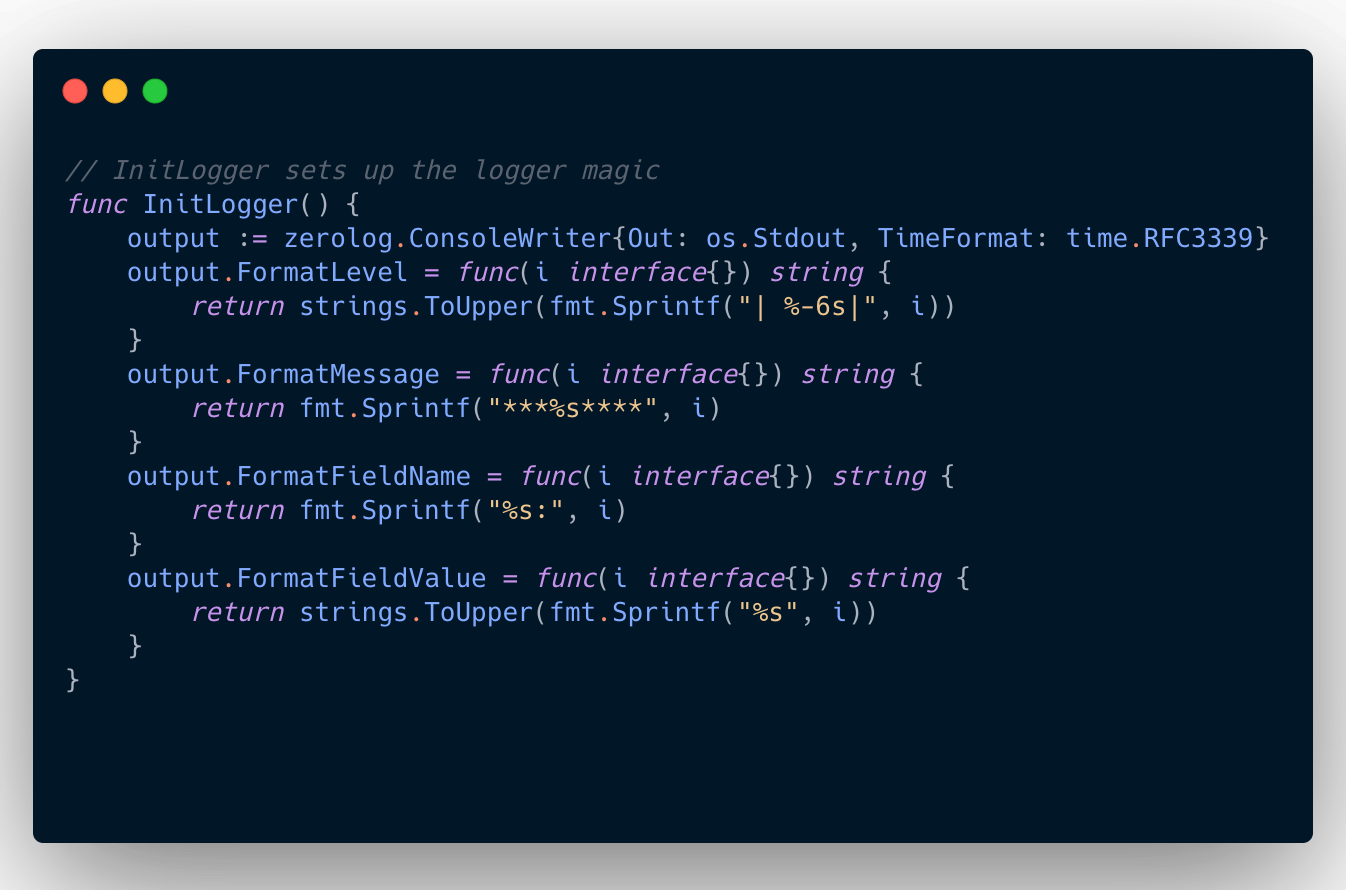 Here’s an example of providing back a logged string (don’t log secrets normally, but I’m in testing phase) with structure.

Based on my improved understanding of conversions vs type assertions, the need to convert using a “cast” (Go calls these conversions, and yes it makes a copy in memory for this):

Type assertions are done when working with an interface. I’m still working on my understanding of interfaces as they are their own beast in Go. Unlike most other languages, a Go type implements an interface when all the required methods are matched. This provides a great deal of the flexibility in Go interfaces.

The scoping of the interfaces is important, and while I listened to a lecture on this, I didn’t yet work through the interface design principles to ensure the best resusability/narrowness of scope concepts. I think that’s going to take more “getting my hands dirty” for it to click.

I couldn’t get past this for a while when I accidentally stumbled across a fix. I believe the fix was merged, however this problem still existed in 0.13.4 so I stuck with it.

When investigating the cause, I found this PR which intended this to be the installer behaviour for the implicit global cache, in order to match 0.12. Any providers found in the global cache directory are only installed from the cache, and the registry is not queried. Note that this behaviour can be overridden using provider_installation configuration. That is, you can specify configuration like this ~/.terraform.d/providercache.tfrc

Wasn’t sure if it was interpreted with shell, so I didn’t use the relative path ~/.terraform.d/plugins, though that might work as well.

After this terraform init worked.

My morning. Explaining set and intersect theory basics to my 10 year old with Minecraft gamer tags. Trying to justify the need to know this, the best I could come up with was his future need to build a shark attack report accurately.

Kids are the best. Tech is fun. What job would have me spin up with docker-compose up -d my MSSQL container, write a quick SQL example with INTERSECT, UNION and all to demonstrate this magic.

Followed it up with a half-hearted lie that my day is comprised of cmatrix 😂 which he didn’t believe for more than a couple seconds.

I’m using macOS and on Docker experimental release. Here are some ideas to get started on improving the development experience.

Any other ideas? Add a comment (powered by GitHub issues, so it’s just a GitHub issue in the backend)

I took a quick step back when too many parentheses started showing up. If you question the complexity of your quick snippet, you are probably right that there is a much simpler way to do things.

I wanted to get a trimmed message of the results of git status -s. As I worked on this snippet, I realized it was becoming way overcomplicated. 😆

I knew my experimentation was going down the wrong road, so I took a quick step back to see what someone else did. Sure enough, Stack Overflow provided me a snippet.

Moral of the story… there’s always someone smarter on Stack Overflow. 😆 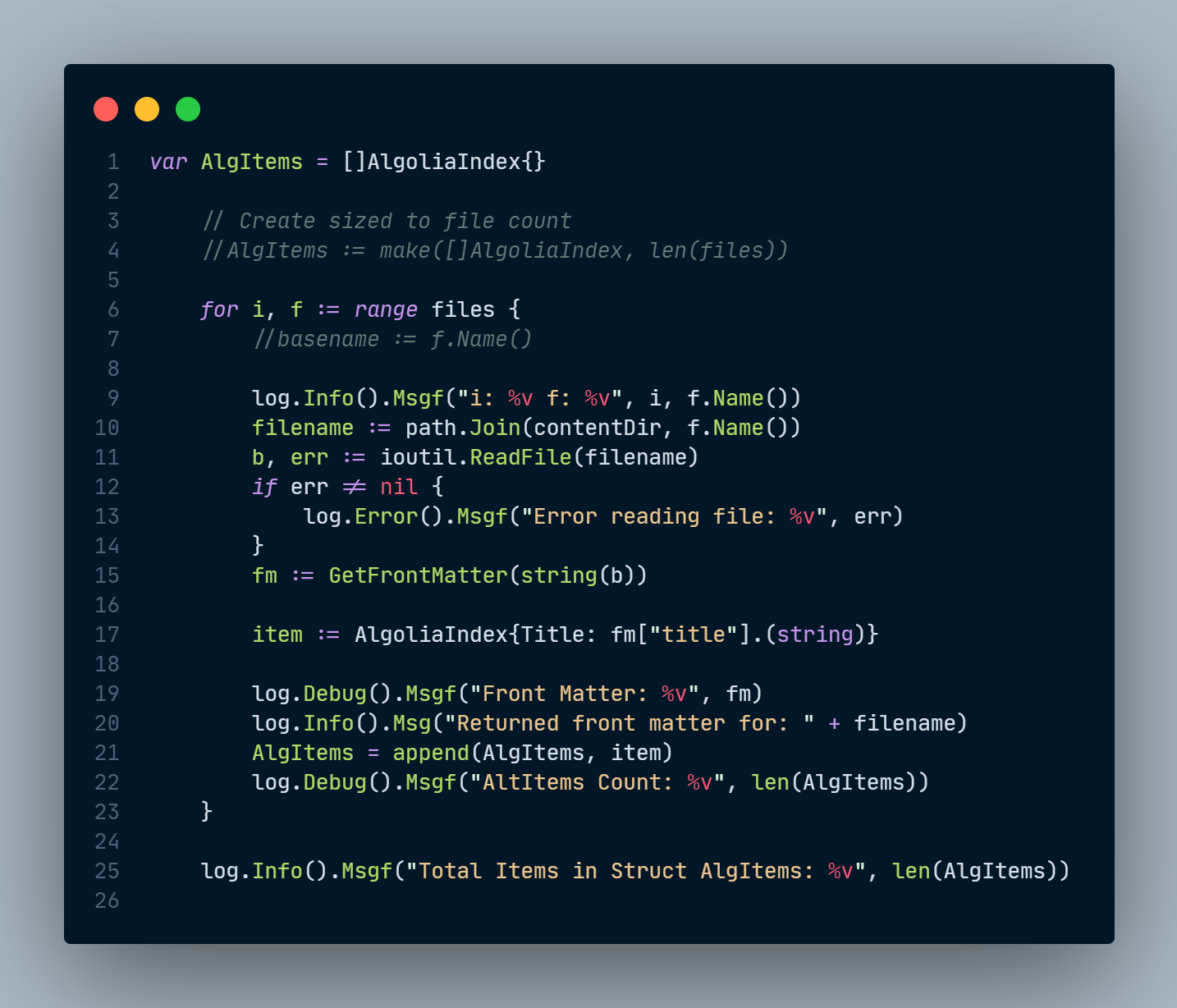 Hoping that eventually I can build out a Go app for sharing that’s the equivalent of “atomic alogia” allowing diff updates. I haven’t found anything like that for hugo so far.

Beat Deadcells with 3 cells active. Uninstalled. There is no way I’d find any pleasure in life trying to do more. This game is an endless pit of “git gud”.

Now to go do something productive 😄

A quick fix to improve your debugging of remote commands in AWS is to install cw.

With a quick install, you can run a command like: cw tail -f --profile=qa --region=eu-west-1 ssm/custom-automation-docs/my-custom-doc. This will give you a real-time stream of what’s running.

You can also use the AWS Visual Studio Code extension, but I prefer having a terminal open streaming this as I don’t have to go in and refresh any further tools to see what’s happening. I tend to always start with a single instance/resource for debugging so this is a great way to remove the barrier to visibility a bit more.

Checkout delta for a much-improved git diff experience. I typically use VSCode or a GUI based editor because I find the diff view pretty messy by default.

This new diff view is a perfect example of a simple CLI tool that improves a development workflow by just fixing something I didn’t know could easily be fixed. 😀 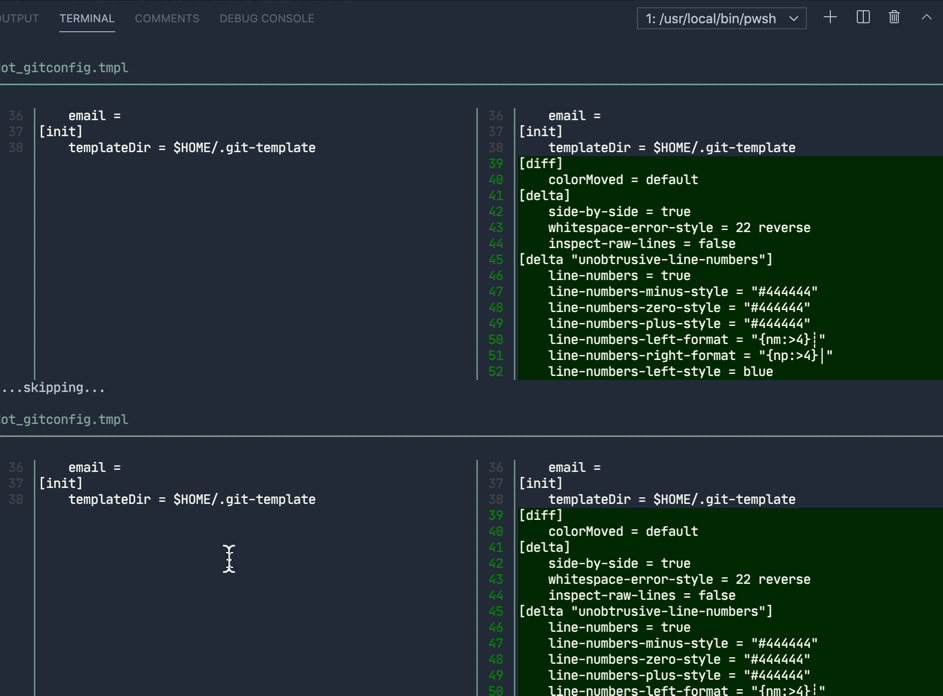 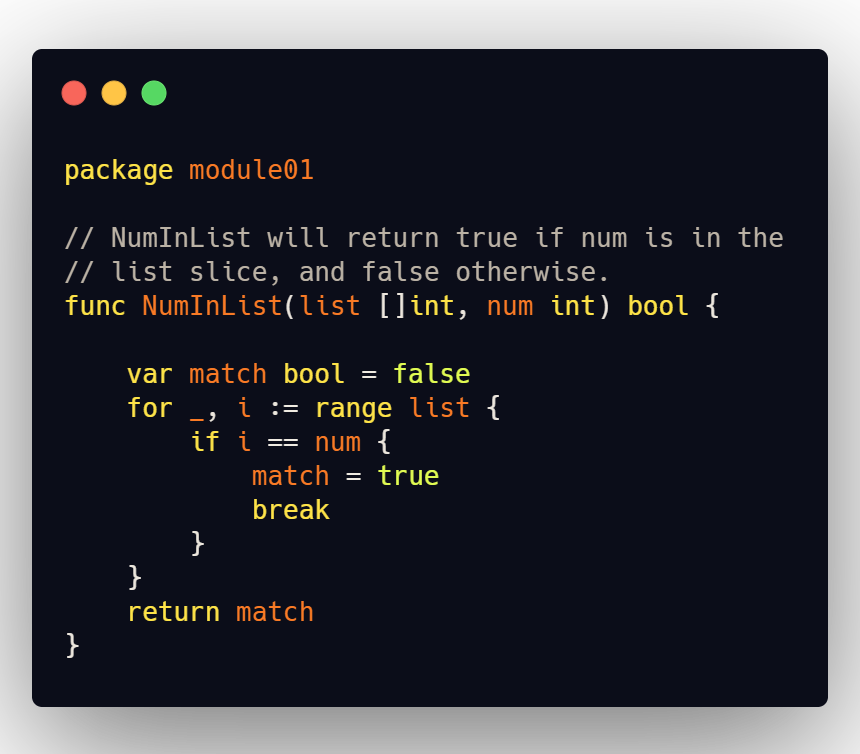 Migrated a forked copy of a module over to a new module with similar schema. There were some additional properties that were removed. In rerunning the plan I was expecting to see some issues with resources being broken down and rebuilt. Instead, Terraform elegantly handled the module change.

I imagine this has to do with the resource name mapping being the same, but regardless it’s another great example of how agile Terraform can be.